If you've been following for a while or know me personally, you know I've had my share of struggles with body image.  If you don't know the story, here's a post I wrote about my struggles with control, anxiety and purging.

As a mom to two girls, I know that I have a major role in how they see themselves and how they see themselves in light of what God created them for and to do.  Grace and I have had many talks about true beauty and how God created her perfectly (Psalm 139:13-18).  The world has already taught her about calories, health, exercise and the "fear of fat".  Autumn is just now paying attention to her reflection in the mirror.

Something I've tried to teach my girls, is to speak Truth to themselves.  One way I have done this, is to ask them to say "perfect" when they see themselves in the mirror.  Just a small way of reminding themselves that God has made them perfectly.  I do it too - not because I think I'm gorgeous, but because in God's eyes, He has made me perfect.

This week, while Autumn and I were having a super fun hang-out session reading books in my bed, she slid off the bed and went to the long mirror I have in my closet.  She looked at herself in the mirror for a few moments, smiled and pointed to her belly and said "Autumn.  Perfect".  It made my heart smile and I'm sure God's did, too.

Remember, whatever you're struggling with, however you see yourself, God has created you in His image.  He has known you from the beginning of time, and knit you together perfectly in your mother's womb!  We have a great God who loves us more than we could ever measure or imagine!

Next month will mark two years since Joel came back from his last tour in Iraq.  Two years.  That's the longest he's been home since Grace was born.  In four years, he was deployed three times.  Our life for a while was centered around his short times at home and the anticipation of his time away...

I started noticing this fall how "normal" life feels right now.  Although Joel's active duty, he's at a Guard base, so we life off-base.  He goes to work, comes home.  We have family time, church activities, hang-out times with friends.  Life feels really settled.  Normal.  Civilian.

Besides wearing his uniform when he leaves the house and the fact that there is always a pair of combat boots by our front door, life doesn't feel as military-focused as it has in the past.  It's been nice.

It's also been good for us - for our relationship.  Although we have grown so much as a couple and individuals through Joel's various deployments, it is really nice to do life with Joel on a day-to-day basis.  We are connected.  We are raising our children together - learning each day how to parent better.  We are pushing each other to grow in all areas of our life.

But I've been struggling with some anxiety about what's next... It's been a strange feeling to feel like a civilian family... but it's almost like I can't seem to stay in the moment and enjoy now without thinking of the prospects of him leaving for an extended training or deployment.  It's like this has all been too good to be true.  That God must have something on the horizon for him - that Joel's just going to leave again, because life has been too good with him home.

Yesterday as I had some quiet time with the Lord, I read this in one of my devotionals - (it's called Jesus Calling and I would highly recommend it as a devotional to start your day and help you focus your heart...)

"I AM above all things: your problems, your pain, and the swirling events in this ever-changing world.  When you behold My Face, you rise above the circumstances and rest with Me in heavenly realms.  This is the way of Peace, living in the Light of My Presence.  I guarantee that you will always have problems in this life, but they must not become your focus.  When you feel yourself sinking in the sea of circumstances, say "Help me, Jesus!" and I will draw you back to Me.  If you have to say that thousands of times daily, don't be discouraged.  I know your weakness, and I meet you in that very place."

So, today I say "Help me, Jesus!" - help me to rest in the place you have us in right now, trusting in you daily that you hold today and tomorrow in Your Hands.

Happy New Year!  Hope you all had a truly beautiful Christmas with those you love the most...

I realized at the end of the last month, as I was working on our finances, that's it's been forever since I've done a check-up on our road toward Financial Freedom.  The last time I did a check-up, it was last February, and we were just 6 months into all of this.  Now, we're starting off our 16th month... 16 months!  It's time to let you all know how we've been doing.

First off, this journey has gotten easier since we started in September 2011.  It has been easier to "do without" some things in order to stay focused on our goal of living without debt.  Joel and I are much better accountability partners in this area of our lives than we've ever been.  And that's been a vital part - to have your spouse continually remind you of your mutual goals and cheer each other on as your debt shrinks.

At this point, we are rounding the corner.  I'm hoping in the next several months, I'll be able to share a post with you that says we're debt free - that we did it!  We still have a little ways to go, but as I tally our debt pay-off each month, that number inspires both Joel and I to work harder and to finish this whole adventure strong.

So, here's the exciting part... Over the last 16 months of Joel working two jobs, us living on a budget (mostly but not perfectly) and us saying "no" to things that aren't necessary to survival, this military family of four has paid off $19,686.00!

If you've followed our story here on my blog or know us personally, you know that this has taken a lot of sacrifice - a lot of time with Joel away from us (for a short while) in order to help secure financial peace (long term).  Our thought the entire time is that we we're going to jump in with both feet until we were out of debt so we no longer had to live barely making it each month, hardly being able to save, with a large debt-number hanging above us.  We've made some bad choices that has gotten us here - we have bought too much, gone out too frequently, saved too little when we could have saved a lot and did not start our marriage with complete financial honesty and transparency.  It is because of several bad decisions, that we had to wake-up and drastically change the way we were living.

We realized 16 months ago, that in many ways, our children were going to have to deal with the consequences of our bad financial decisions.  We knew, if we continued to live with too much, that we wouldn't be able to move to a larger home, afford vacations, have a sizable savings for life-happenings and be able to save for college.  I'm not saying those are necessary for a happy childhood.  But I'm simply trying to say that our poor financial decisions was not only having a negative impact on the two of us, but the four of us.  Through this process, we've been able to teach Grace about savings, working hard and handling the money God has given us with wisdom.  I know she's only 6, but she can tell you why we're doing all of this.  And she's learned the importance of saying "no" today so we can say "yes" in the future.

If you're sick of living month-to-month, of living with anxiety about what's in your bank account and what you're financial future may look like, all I can say if we can do it, so can you!  Dave Ramsey has some great tools on his website, including this great budget tool.  On his site, you can look at the steps toward becoming debt free.  We didn't follow his 7 Baby Steps completely - we did follow his basic principle of living with the bare minimum and how he suggest you snowball debt.

Feel free to contact me with any questions!  We have really enjoyed sharing this journey - I've been so encouraged by the stories of others who have made this decision to live radically now so you can live freely later.

Jill
I'm married to a Guardsman, Joel, and am a proud momma to three sweet kids - Grace, Autumn & John. My life is, for better or worse, dictated by the military. In our 10 years of marriage, Joel's been on three deployments. This blog is about my journey as a wife and mother as we ride through life pre, post and during deployment. I don't pretend to have answers - often I'm just surviving. I hope to pour out my highs, lows, share my weaknesses and some victories - and I hope you can teach me something, too! 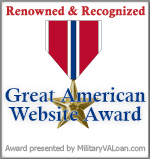